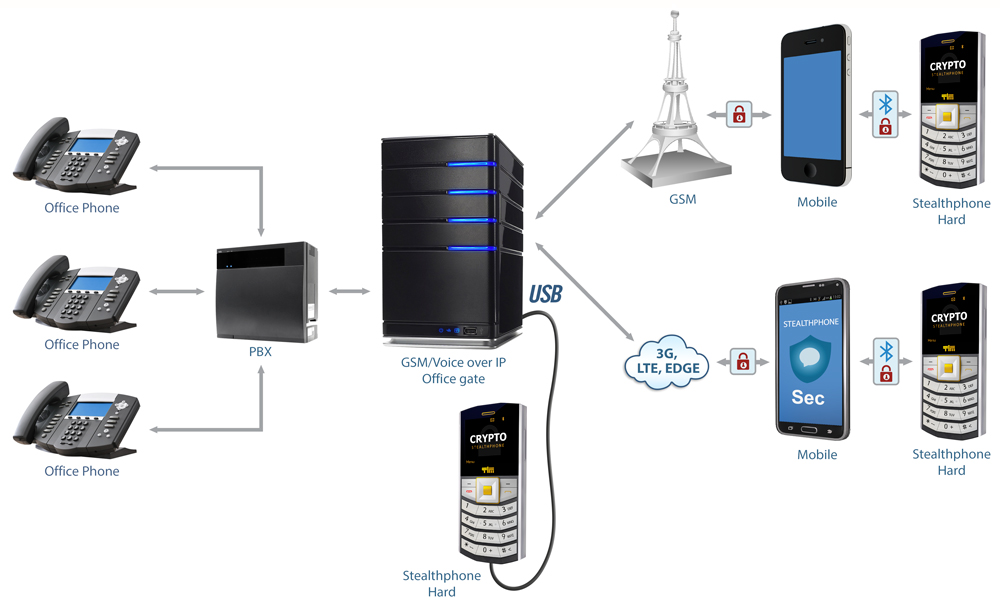 Connection to office PBX is maintained via VoIP (or Ethernet) channel or via digital or similar phone lines (special boards are required).

Subscriber’s encrypted voice is transmitted to Office Gate server, which then decrypts it and redirects the call to office PBX in clear.

When the call is m ade from the office, the process is reversed.