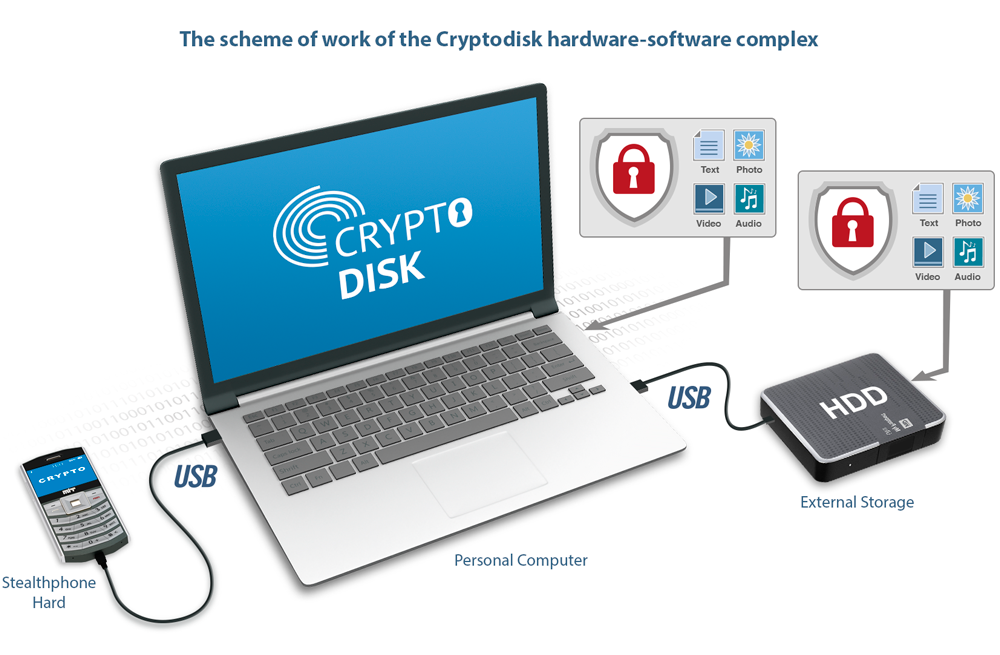 Stealthphone Hard, plugged to a computer with a USB-cable, undertakes encryption of data.